Eleven years after the fall of Saddam Hussein, Iraq is again at the edge of chaos. The terrorist organization which calls itself Islamic State (IS) has conquered huge territories in Iraq and Syria, persecuting local ethnic and religious minorities, including Christians, Kurds, Yazidis and the Shi’as. Meanwhile the Iraqi army is practically collapsed, and the forces of the Islamic State changed their direction from Baghdad to Erbil, the capital of the Kurdistan Regional Government (KRG), which is defended by the Kurdish Peshmerga forces. What chances does the Kurds have, what will be the fate of the Islamic State? The Publius blog interviewed Niyaz Barzani, an Iraqi Kurdish international relations and Middle East expert.

Where have you been staying since the war started between the KRG and the IS? What kind of mood do you feel?

I live in Erbil, which is about 50 km far from the IS controlled areas. We as Kurds have seen harsher times and tougher situations in the past. Peshmerga are fierce and courageous fighters. We are determined and confident that the Kurdish Peshmerga forces will retake all Kurdish areas controlled by IS. Everyone in Kurdistan Region stands behind the Kurdish Peshmerga forces in the fight against Islamic State.

How would you describe the current situation regarding the IS' conquests?

The change in the direction of the IS attacks from Baghdad to the Kurdistan Region was very abrupt and unexpected. It was expected that the IS would eventually attack the Kurdistan Region but the attacks occurred sooner than expected, because the IS was making concerted efforts to reach Baghdad. Following the fall of Mosul, IS managed to conquer some Kurdish territories under the control of Kurdish Peshmerga forces. After a temporary setback, the peshmerga forces of the Kurdistan Region have reorganized and managed not only to stop ISIS advance but also to retake some Kurdish territories that was taken by the IS.

As a consequence of the Islamic State’s advance, many have had to flee leaving their homes behind. How can the KRG deal with the huge influx of refugees?

Which developments led to the rise of the IS?

Clearly we are facing a spill over from Syria. The inability of the international community to reach a solution over the Syrian crisis and the political dilemma in Iraq led to the rise of IS in Iraq.

How can you explain the quick victories of the IS?

The quick victories of IS are sourced from the inability of the Iraqi army to fight IS. The city of Mosul, the second largest city in Iraq was taken by the ISIS in few hours. The Iraqi army divisions in Mosul did not defend the city and left all their military equipment and arsenal behind. Kurdish Peshmerga forces are the only forces that have been able to fight IS back.

Many people say that the ultimate reason behind the present chaos is the United States failed policy regarding Iraq. Do you agree?

To some extent it is true. The withdrawal of the American forces from Iraq before reaching an agreement on the deeply rooted political problems among Kurds, Shia, and Sunnis was a huge mistake. Besides, the absence of American forces in Iraq granted extremist groups enough room to maneuver. In addition, the unilateral actions of the former Iraqi Prime Minister, Nuri Maliki plunged the country into chaos and hugely contributed to the disunity among the Iraqi factions.

What is KRG’s relation to Turkey and Iran in the light of the recent events? 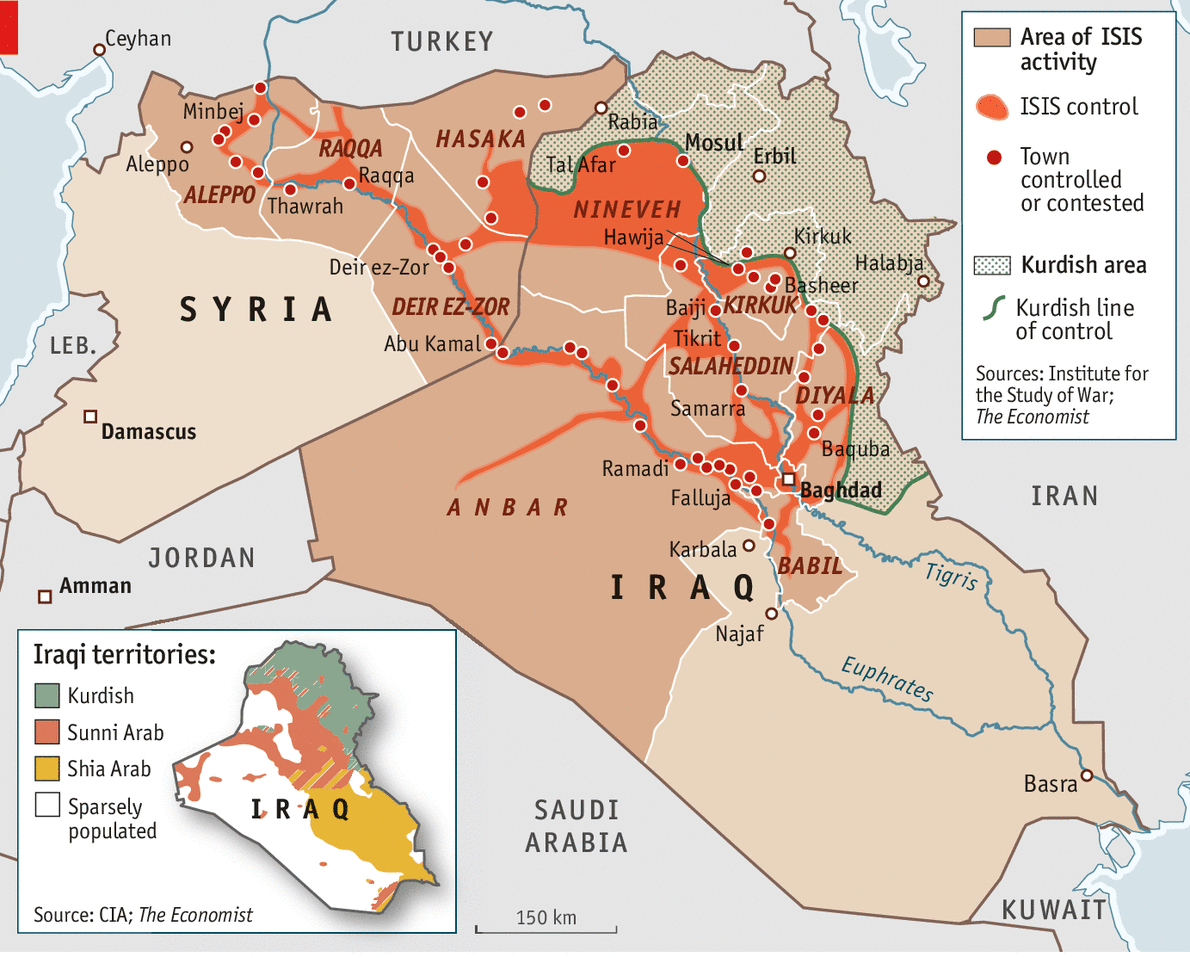 How can you describe the cooperation between KRG, the Syrian Kurds?

How do you see the balance of powers between the IS, the KRG and the Iraqi governmental forces?

IS has dictated itself as a de facto state between the borders of the Kurdistan Region and the Shia part of Iraq. Currently the Kurdistan Region only shares around 20 km of border with the government of Iraq, whereas it shares 1015 km of border with the IS. Clearly there have been changes in the balance of power in the Region in favor of IS at the expense of the government of Baghdad.

Will the Kurdish army stop after retaking all occupied Kurdish terrotiries, or will they proceed furtrerly, to destroy the IS?

The first priority and the current objective of the Kurdistan Region is to retake all Kurdish areas controlled by the Islamic State. Fighting IS beyond that would require a regional and international coalition.

After the first news came regarding the IS' conquests, the first step of the KRG was to seize Kirkuk. How can you explain this move? What relations do you have with the central government?

There have been severe disagreements between KRG and Baghdad over the budget of Peshmerga, KRG oil policy, and the budget share of the Kurdistan Region. Baghdad’s lack of intention to solve problems with the Kurdistan Region has further exacerbated the security and political situation in Iraq. However, recently there have been some military and security cooperation and coordination between the KRG Ministry of Peshmerga and the Iraq’s Ministry of Defense on fighting the IS.

What responsibility did the Maliki-government have in the rise of the IS?

Definitely, Maliki’s unilateral actions intensified Iraq’s political crisis. Maliki’s sectarian policies towards Kurds and Sunnis plunged Iraq into security, political, and humanitarian crisis. As a result, we saw that all Iraqi groups including Shias stood against his nomination for the third term.

Which was averted successfully: on Monday, Haider al-Abadi was nominated to form a new Iraqi government. What do you think of Mr. al-Abadi’s competences?

It is too early to judge. It would be very ambitious to think that Iraq’s political crisis will be resolved in a short time. As a first step, he must change Baghdad’s attitude and actions towards Kurds and Sunnis.

How can we end the massacre and the conflict between Sunnis and Shi'as in Iraq?

As I said, the Iraqi government must change its approach not only towards Sunnis but the Kurds as well. The unity of Iraq depends on abiding by the constitution. Clearly the government of Iraq has violated the Iraqi constitution in several cases.

Should - or can - Iraq be held in one piece without disintegration?

In my opinion, the only permanent solution to the political crisis in Iraq is to divide the country into three parts. Since the establishment of the state of Iraq and throughout its history, bloodshed and violence have been a daily reality. Iraq has never been united and it is safe to say that it will remain so.

How do you see the future prospects of the independence of Kurdistan? Do you think Iran and Turkey would go with it?

What responsibility does the European Union has and what can it do?

(The interview was conducted in English, between 11-13 of August. The Hungarian version is available here.)